The Giant Short-Faced Bear (Arctodus simus) was a very large Ice Age bear found throughout North America.  This was the largest mammalian land carnivore ever to live in North America, reaching heights of over 11 feet when standing upright. They lived from 1.6 million to 11,000 years ago alongside giant ground sloths, mammoths and, near the end of the Ice Age, the first Native Americans to enter Iowa. Until 2008, no bones from this species had been found in Iowa.

A southwest Iowa farmer discovered the bones of the bear on his farm in 2008.  After a time-consuming process of analysis and verification, paleontologists confirmed that the find is the first verified short-faced bear specimen found in the state.

Joe Walker of Brayton made the discovery in the back dirt of a USDA flood control dam along Troublesome Creek, near Atlantic. “The bone was unusually large and my first thought was that it could be from something extinct,” Walker says. He had the bone identified by U.S. Department of Agriculture archaeologist Richard Rogers of Des Moines, who identified the bones, a tibia and pelvis fragment, as belonging to Arctodus simus, commonly known as the giant short-faced bear.

“My first reaction was what the heck is a short-faced bear?” says Walker. “I had never heard of it and had a hard time imagining that such a huge bear existed in this area. What I find most impressive about this bear species is its size, ferocity, and the fact that it co-existed with humans for a time.”

UI researchers have collaborated with colleagues at UI Hospitals and Clinics and the College of Engineering to CT-scan the specimens, allowing prototype replicas to be made that will be used for educational programming.

The bear tibia has been cleaned and samples have been taken for chemical analysis, such as radiocarbon dating.

The specimen is an intact left tibia and measurements put it in the upper end of the size range for Arctodus simus. For this reason it is most likely a male bear (the species has a high degree of sexual dimorphism, like many other bears).  The individual is full-grown as the growth plates are completely fused.  No indication of disease or old age (no pathologies or arthritis) is evident.  The radiocarbon sample was taken from the posterior side of the tibia where cortical bone is particularly thick.  During the cutting process there was a distinct smell of burning organic material (like the smell of burning hair).  This is always a good indicator that the bone is well preserved and will most likely produce a reliable date.

“It's not a surprise that one was found here,” explains Trina Roberts, former director of the Pentacrest Museums. "The distribution of previous finds is quite broad across North America and surrounds Iowa. But, it is a confirmation that they were here. It also means that this specimen may be important in understanding the biology of short-faced bears, because it can help us determine what traits are consistent across the species' wide range.“

The bones are now part of the collection at the UI Paleontology Repository, where they remain available to scientists for ongoing research. 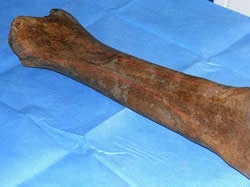 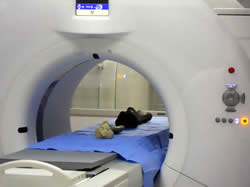 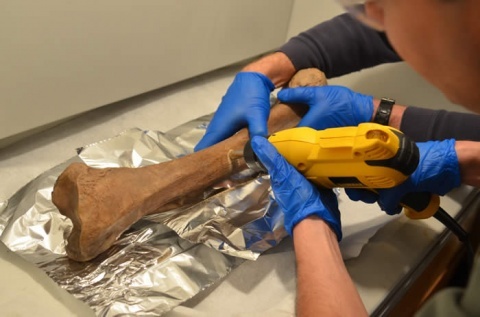 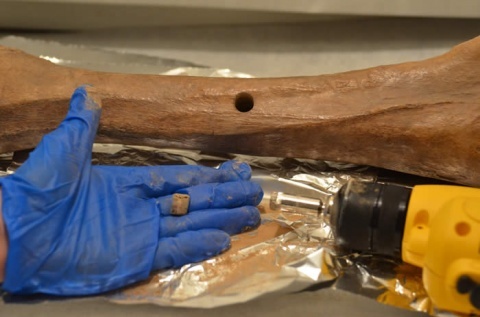 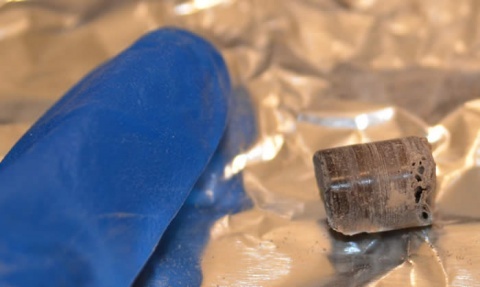 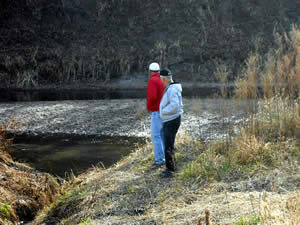